I have had the privilege of working with many couples in my practice over the years and I’ve been struck with how it is that we seem to unconsciously find a mate, in an amazingly uncanny way, who allows us to play out that which is familiar and that which we want to master.

The idea of ‘love at first sight’ holds a different meaning to me. I’m less likely to conjure up the notion of romantic love and more likely to guess that even if the repetition of our childhood dynamics don’t shop up immediately in the relationship, they surely will eventually. Fortunately, with some time and effort invested, strife can be replaced with understanding and the notion of romance and a relationship ‘meant to be’ can again surface and become part of the couple’s narrative.

I know, when working with a couple, that I can’t be useful until we have fleshed out the dynamics of each partner’s childhood. How did it play out in their households growing up? What was modeled? How was power played out? How did communication occur or not occur? How much truth was spoken? Were thoughts and feelings respected or were they put down or perpetually reworked so they aligned with the parent’s thoughts and feelings? Did the partner, as a child, expect to be understood or learn that thoughts and feelings would be turned into vague, confused, disorganized messes that they were left to deal with on their own. Were family members encouraged to pursue their own passions or were their passions prescribed by someone else? Did family members deal with reality or did they turn to a substance or action to numb or hide or avoid reality?

Most often a relationship has deteriorated to a very disturbing level by the time a couple seeks treatment. Sometimes they are in the throes of acting out their themes in extreme ways or, in other cases, the resentment has built to such a high level that a passive growing apart has occurred where there seems to be so little connection left.

Unless there are obvious red flags, such as cases where there is active domestic violence occurring, I generally hold the idea that though the relationship is not good in its present condition, it probably won’t serve a useful purpose to dissolve it. Rather what is needed is to assist them as a couple to begin to become conscious about what it is they are trying to work through and master with each other. If they don’t use this opportunity to do so, they will need to do so in the next relationship anyway. Our issues from childhood, unfortunately, do not spontaneously resolve themselves. They are all we know. We can’t help but play them out. Even when we grew up promising ourselves we would never duplicate what we had in our family of origin, we end up doing so because we don’t know how to do things differently.

This is where I see my value as a therapist – as I join their couple system. I will often make the comment as we work together that they must now learn from ‘scratch’ what they didn’t get modeled growing up. No one taught them how to have a satisfying relationship. They don’t know what it looks like, sounds like, feels like. They don’t know what they are after. They don’t know what it is like to be able to speak honestly to one another, openly, candidly. My job is to help them become aware of what it is they are playing out. Somehow realizing that they are just acting out what they experienced in childhood makes it seem less personal to this relationship and more about something from the past. They begin to be able to admit that they don’t mean to be so cruel or say such awful things to one another, but when certain buttons are pushed, it just comes out. We learn to understand what the buttons are and eventually it can begin to be anticipated that if I say this, then this pain button in my mate will be pushed and the understanding helps to begin the process of re-patterning one’s way of interacting so that the hot-buttons are acknowledged and respected and avoided.

Also, a couple can begin to differentiate from one another. Where there once was a symbiosis or enmeshment with each other, there is now a growing sense that you are your own person – with your own thoughts and feelings. Being close isn’t about agreeing on everything and being alike, it’s about honoring the uniqueness of the other, knowing and understanding the other.

I know my work with a couple is reaching a ‘working stage’ when angry, attacking tirades are replaced with tears or weeping and listening. A partner turns from the injustice of the other to the deep pain that lies within. Then, in turn, the other partner can leave their defended position and offer a tissue, a loving gesture, a signal that I hear you and I’m here for you and you just became a safe, vulnerable person with whom I can be caring and compassionate.

Often, a couple needs to learn how to reach this place over and over in my office before they can implement it in the privacy of their own home. When these moments are achieved there is a sacredness that pervades the room. All three of us know that something profound and life changing has occurred. A couple that came into the office deeply distressed and angry leaves in a grounded, open, tender place. Sometimes, if the session is at the end of my workday, I will get in my car and pass by the couple in a loving embrace in the parking lot. Truly a transformation has occurred and there is no other word to describe it than – miraculous.

I am often reminded of the Dr. Seuss children’s book written by P.D. Eastman, entitled, “Are You My Mother?” as I work with couples in… 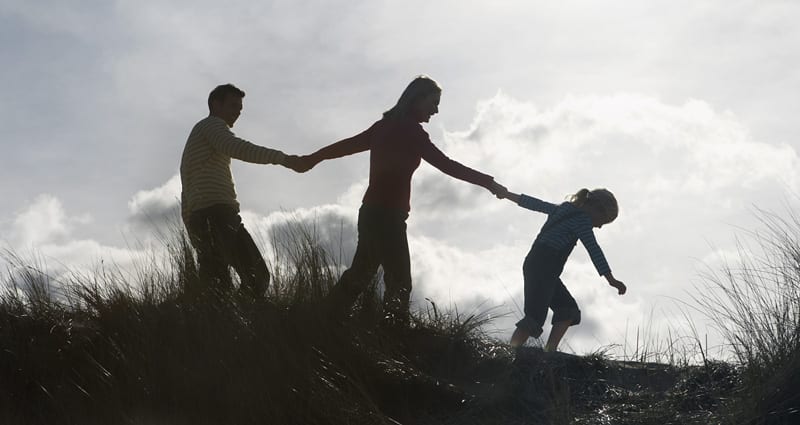 A Scottish psychoanalyst, W.R.D. Fairbairn, accurately named and described the notion that we are primarily creatures that seek attachment. From the moment we are born,…